I first had the idea of this investigation in Morocco in 2008. Via an NGO, I came across young girls [under 14] who had been living on the streets in a poor neighbourhood in Salé in more or less delinquent groups. This led me to Casablanca and two detention centres for minors being held on charges of vagrancy who, I discovered, were in fact working as prostitutes. 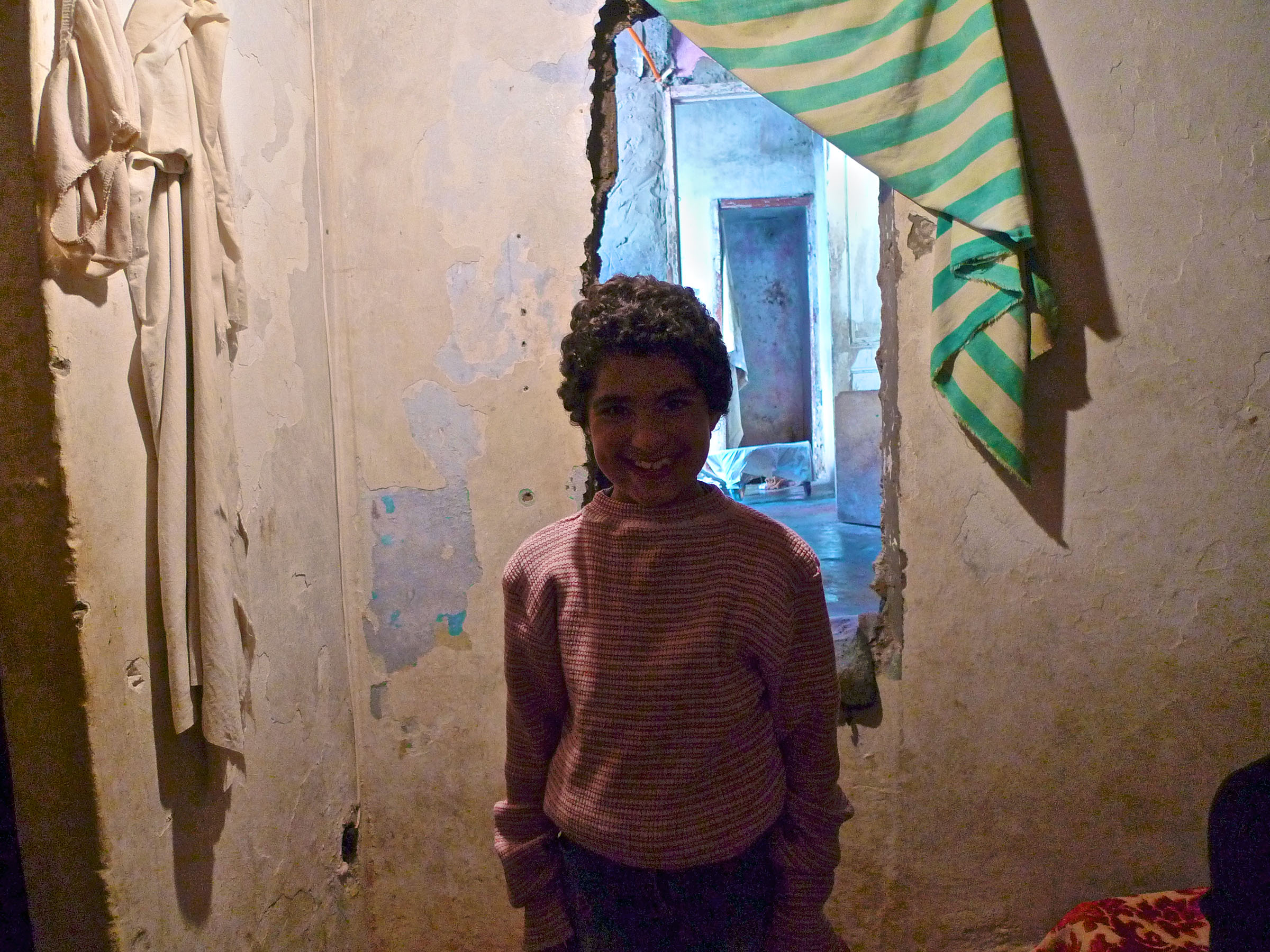 The comparison with the young ghetto girls in Abidjan was immediately obvious. My journey took me from Morocco to the Côte d’Ivoire, as well as through a brief foray into the Protection Judicaire de la Jeunesse [Juvenile Protection Service] in Paris.

For these young Muslims from the Maghreb, from Africa or from a French immigrant background, their break with the law and with their families was subjective, emotional, and social in nature. It resulted from repeated stints running away from home, which went hand in hand with delinquent acts that then made paid sex-work comparatively ‘easier’ despite the huge self loathing it also inspired. 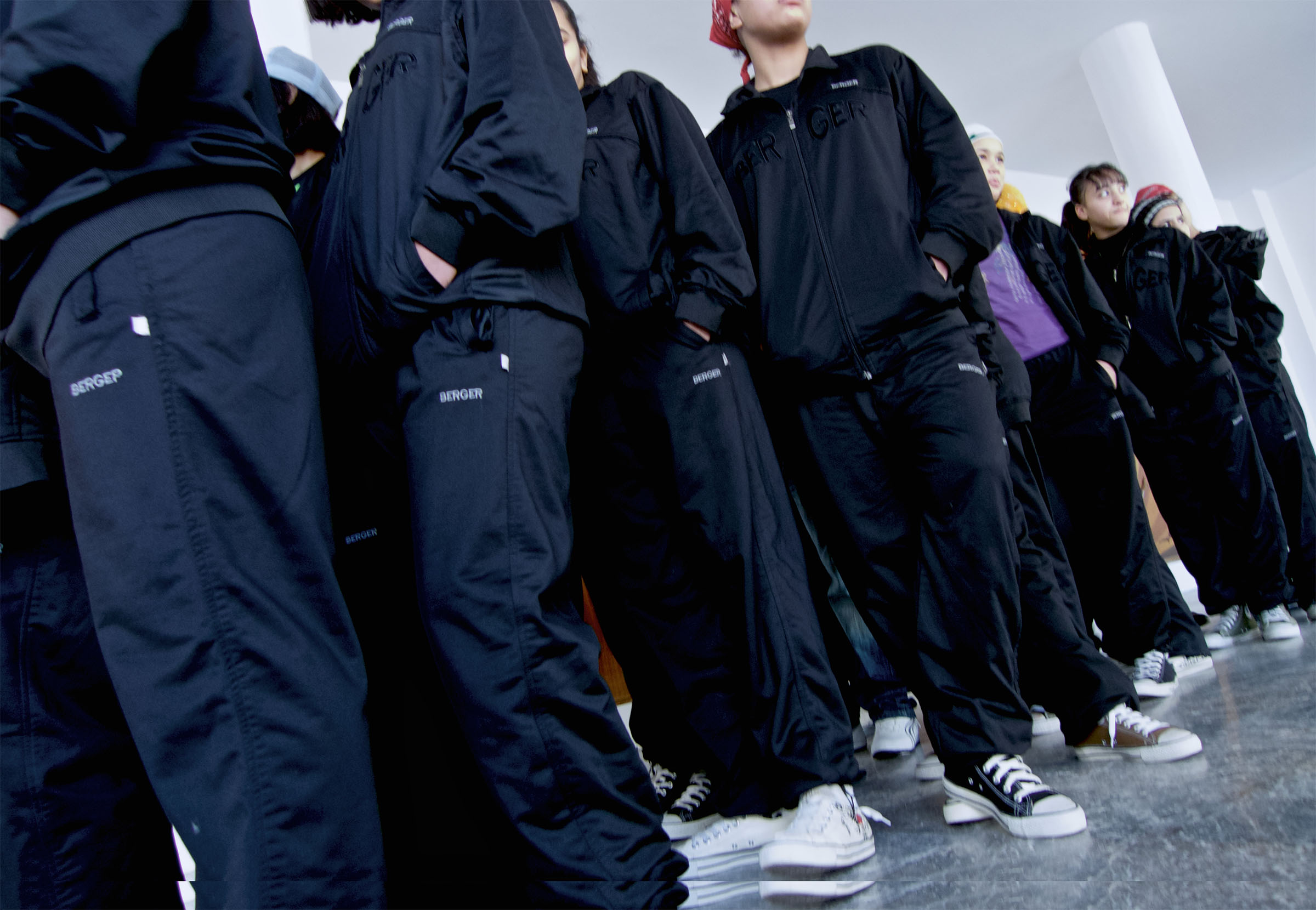 When they reached the age of 18, the girls were required to leave the centres whatever the educational outcome. This legal age of majority made no real sense to the girls who were sent away. They tended to pick up their former lives where they had left them unless they were quickly married, something that happened often.

Working with people living on the streets, I discovered particular age sequences that are specific to young girls growing up without protection and that exist elsewhere in the world too.

In a space where nothing belongs to you, your bed becomes a sanctuary. It provides the sweet escape of sleep and a haven for bodily privacy. Personal effects are slipped under the mattress and the surface serves an individual stage and a personal playground. 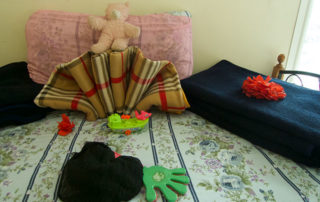 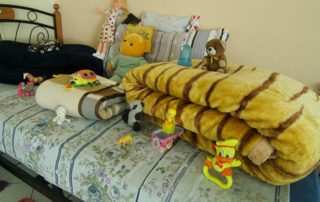 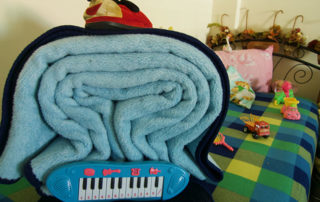 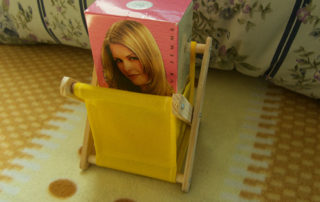 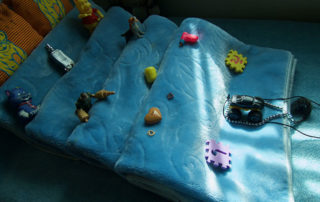 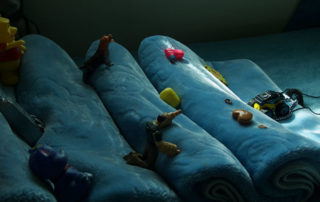 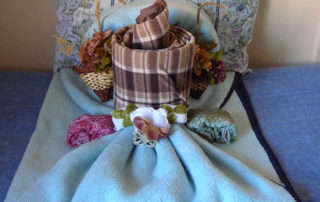 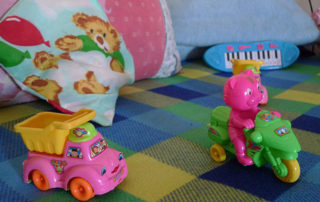 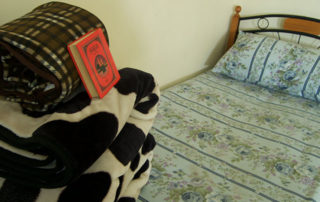 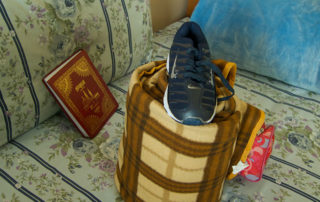 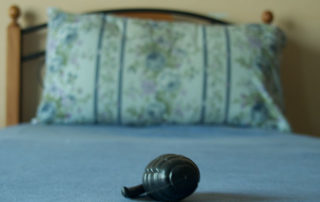 At dawn, the young girls would make their beds, which they decorated with folded covers and small objects that they exchanged or left to the next detainee. One day, Imen placed a plastic grenade on hers. The message was clear.

The art of dissimulation 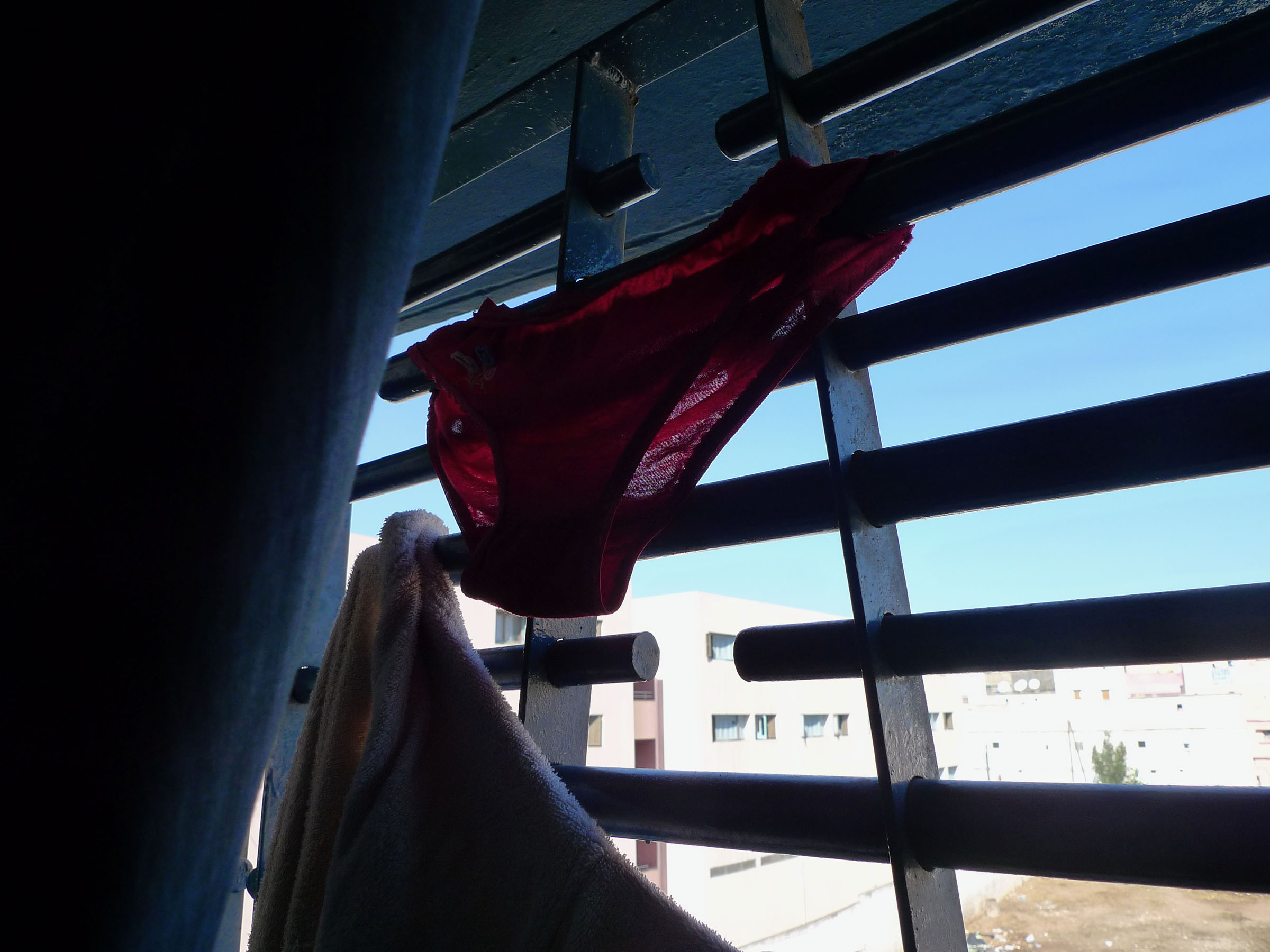 For the girls, their different bodies merged together and created confusion: their bodies as citizens protected by the Moroccan state which, in principle, defends their integrity; their bodies in Islam, interpreted in cursory and austere terms; and their bodies as sexual women, subject to indiscriminate social judgment. The girls grouped together all the prohibitions and prescriptions facing them, whatever the source, in a single block that they feared. Meanwhile, on the coastal path beside them, the gilded youth stripped off and had fun.

The more they were viewed as ‘sex objects’ – and sometimes became such objects, with all the associated shame – the more powerless they felt qua women: as though they were prey and nothing more. This revulsion towards belonging to the ‘weaker’ sex led them to develop more intense friendships with other girls and to protect themselves by imagining going over to the side of the boys, whose situation they envied: boys can go out as they please; no one watches over them; they have motorbikes and are mobile; they’re strong, etc.

From prey to predators, these rebel girls were ferocious in taking destructive behaviour to its limits. Each in their own inimitable way, they combined theft, prostitution, drugs, cons, and knife attacks.

Doha wielded a knife as her revenge, attacking without hiding her face. Fatim took up alongside a big-time drug dealer, who reigned supreme over his world sending the youngest acolytes far into the mountain in the dead of night to collect drugs. Some of the girls ended up disguising themselves as boys; one of them would even hit on other girls to avoid ever being hit on again herself. Assia and Rajah followed clients back to their homes, knocked them out, and robbed them. Others entered brothels run by former prostitutes who set up a lifestyle that seemed almost like a family. Wafa became the ‘wife’ of a junkie dealer who abused her and forced her to sell drugs for him.

They tended to work with one or two close friends. Their centre of gravity was both female and relatively narrow and they remained defensive in their relationships with boys, even though sometimes a duo or trio might frequent a larger group as part of a particular criminal strategy or to go to ‘parties’ devoted to drug-taking in brothels, snooker rooms, cafés, and ‘non-spaces’ (gardens, car parks, beaches). Music was essential during these ‘trips’. Ched Bidal, singing the lives of the poor, the insignificant, the rejected, would bring tears to their eyes and make them want to cut their arms with a razor blade.

On the market, they would find what they needed to manage to take the plunge. Explosive mixtures of products such as ‘maajoun’, ‘little reds’ [Rivotril], alcohol, kif and above all ‘qarqoubi’ which removes inhibitions and gives a sense of omnipotence, making it possible to to steal, hit, scream, or even kill. Indiscriminately.

With one exception, all the girls I questioned had been there.
Compared to the young Go girls in Abidjan, they seemed more isolated in their distress.

In Morocco, vulnerable girls are all the more vulnerable because they remain in an enclave of self-segregation. While this may create strength in complicity, a shared intimacy, and love, in socially deprived environments boys and girls mixing is not viewed favourably and the young women tend to be either sexual prey or maternal wombs in the face of sexually frustrated men. They have few resources to draw on in defending themselves against perceptions that deny them any human value.

While screens worldwide broadcast a certain youth fashion and encourage the younger generation to self-identify through brand names, singers, and mobile phones, the groups of youths that embody this new relationship to the self seem quite weak. This is perhaps less the case among boys, but as I didn’t work directly with them, I can only surmise this from a distance.

The girls I worked with did not belong to any broader group bringing its own language, collective imagination, and friendships, unlike in the Côte d’Ivoire ghetto where the ‘nouchi’ phenomenon is present as across the country as a whole. Whatever one might think of it, the fact it is mixed and that it represents. 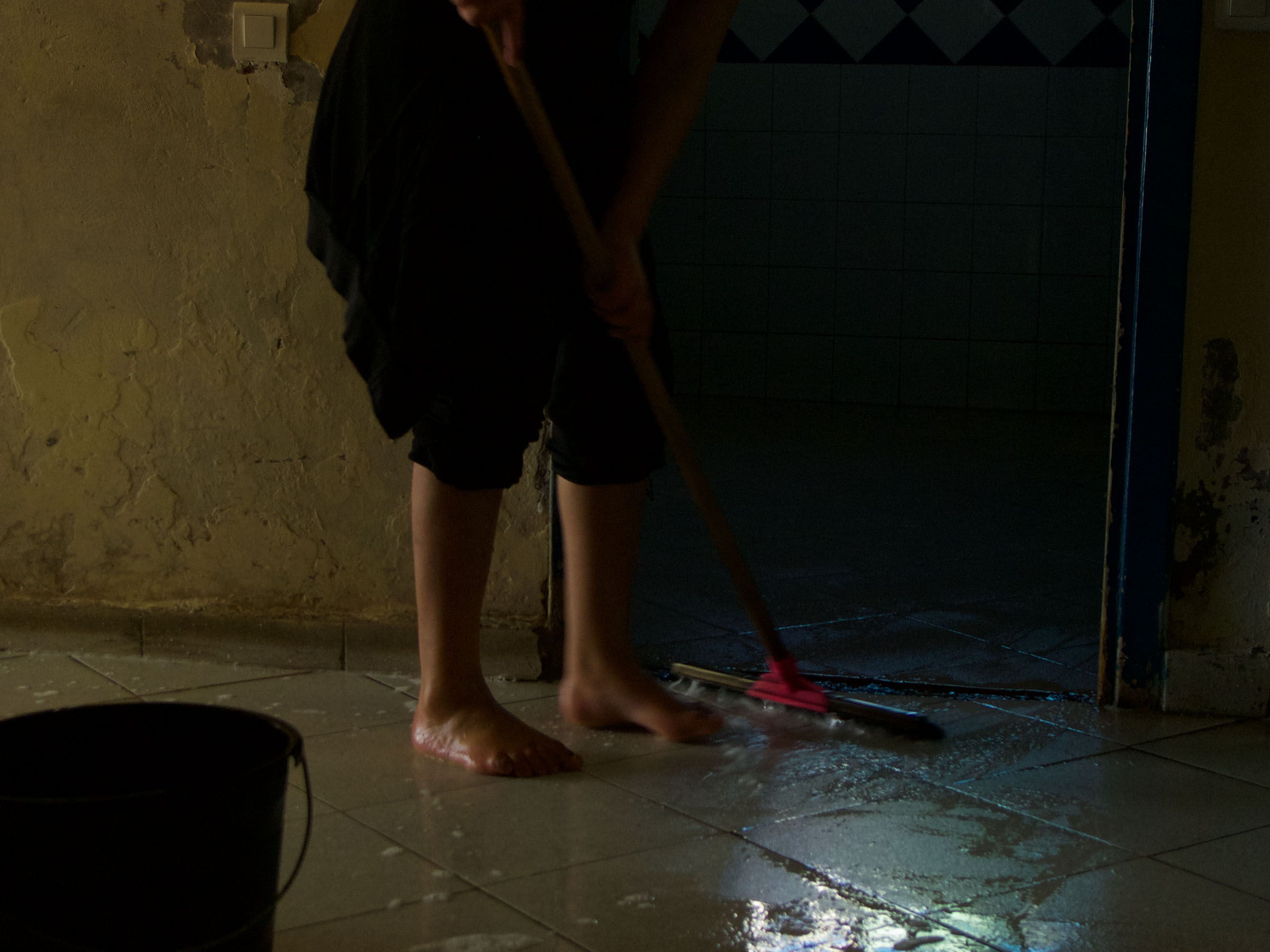 Their parents responded to disobedience with corporal punishment, which sometimes crossed over into torture. On the one hand, the girls flew in the face of this punishment, preferring the street and the breath of fresh air it provided, even when this meant receiving a shower of blows each time they ran away. On the other hand, they internalised the punishment, believing they were ‘bad’ and were being punished for their own good: a way of beating out the ‘shameful woman’ within.

When they circumvented their own awareness of right and wrong to fulfil their vital urges, they would then find themselves caught in a spiral of guilt and pleasure.

The harm was done when, having done something wrong, often a mere trifle, they then lost their self-esteem. From that point on, their sullied and punished bodies no longer meant anything to them. They let themselves be handled, turning tricks for 15dh a time [1.3€] to get a fix. Some of them slept on the streets, with no desire for anything, and became human wrecks.

This hugely violent internalisation of gender norms prevented any fulfilment or emancipation. 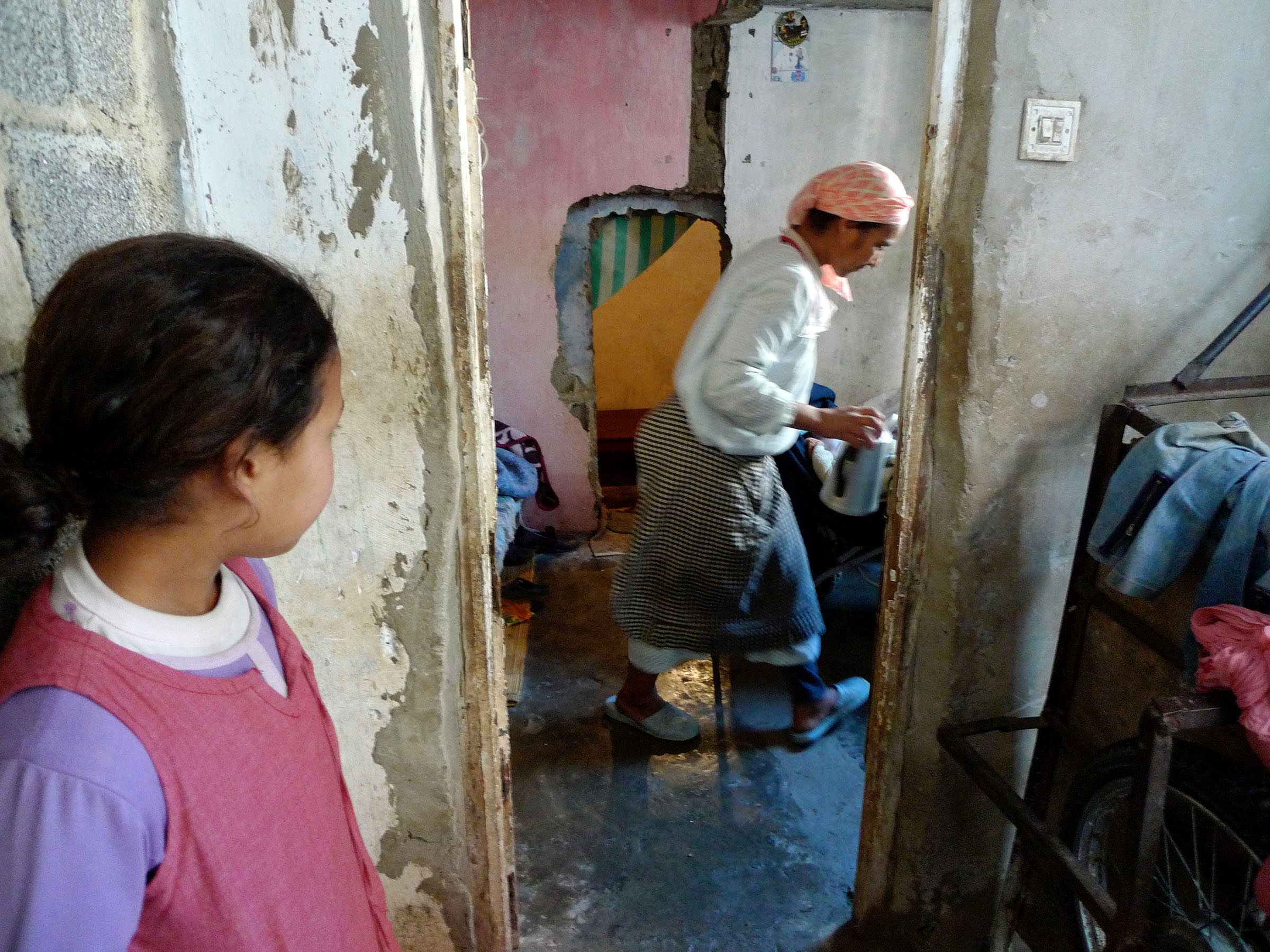 « My father would shut me in a room for several days. My family would stop speaking to me. Even when I went out with girls, he’d hit me. Last summer, everyone left the house except me. They shut the door on me for a month. Someone brought me food » F-Z

« My stepmother [20 years younger than her husband] would go to Oujda so no one would recognise her. She’d say to me: We need money for cigarettes and hash. I wanted to stop begging. She’d hit me with the blade or the handle of a butcher’s cleaver. I’ve got scars everywhere on my head, on my body. I threatened to tell my father. One day, she accused me of having told on her, she tied me up with a rope around my wrists and ankles. » N.

Public torture in the Centres 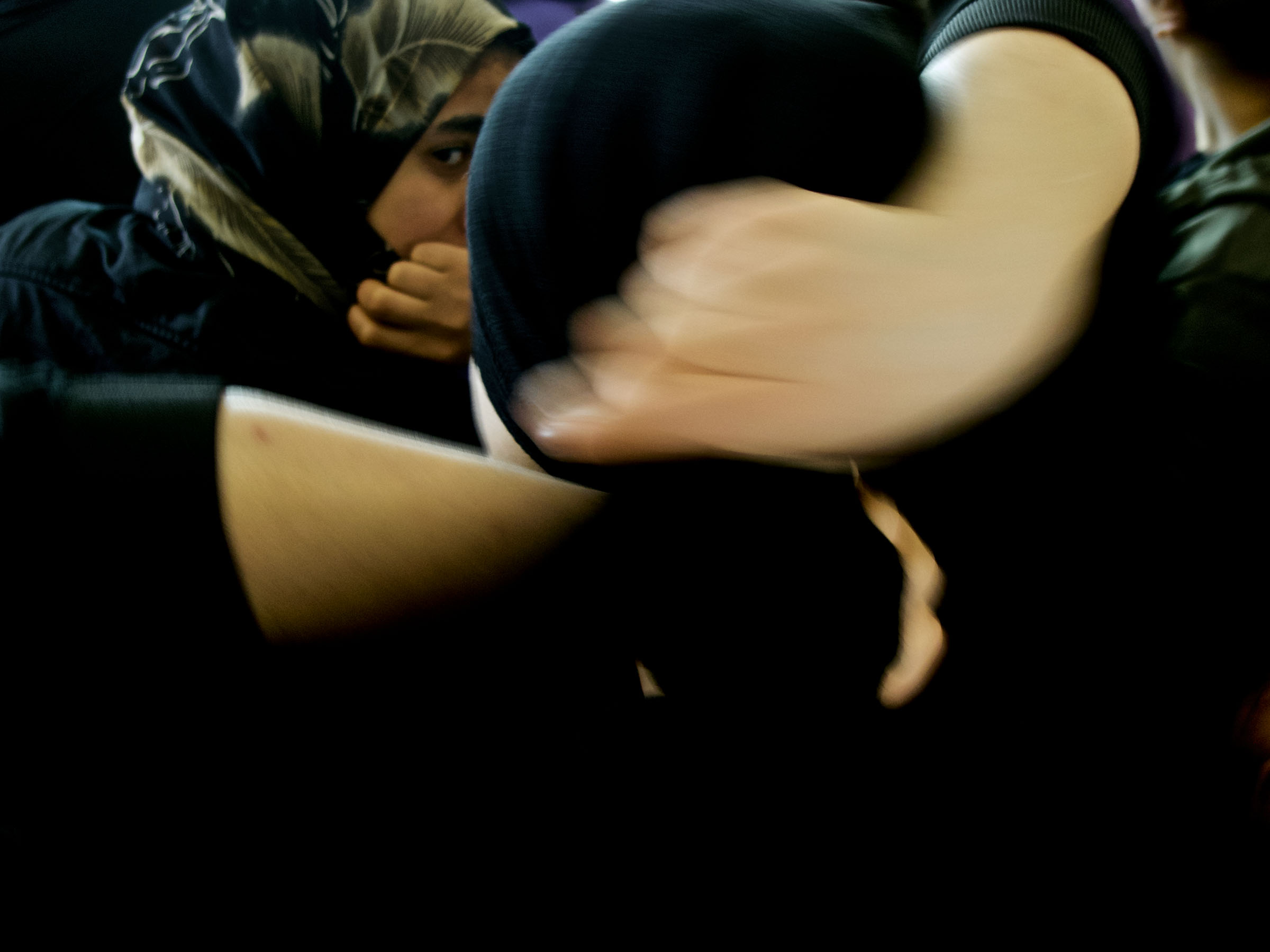 The education centres also used physical punishment, despite the fact that the 1989 Geneva Convention on the Rights of the Child prohibits it.

A ‘small punishment’ consisted in strokes of the cane to the girls’ palms, while a ‘big punishment’ meant lashes of electric cables on the soles of their feet. These took place in front of everyone. Faced with this torture, the detainees would harbour thoughts of revenge or take joy in the downfall of one or several other girls.

This space of law was regulated arbitrarily. A new girl, for example, who had not yet had time to make a group of friends, would be punished far more unfairly than a girl who had already settled in and could ask someone to lie for her. The instructors did not have time to investigate each case.

Despite their fractured lives, their terror of being judged, their illiteracy, the girls contrived to overcome their fear through rigorous, well-constructed, powerful narratives. I listened to these for hours, even days with one of them. Their stories remain with me, as do their faces, sometimes racked with tears, sometimes illuminated with inner strength. I worked with young girls whom I had chosen after having examined the charges brought against them.

The management teams in both centres helped by making a small office available to me, where I came every day. In Mers Sultan, though, I was able to get involved in a very unique manner as the deputy director Nada, who was an exceptional woman, allowed me to live there almost constantly, except at night time. I ate all my meals there and was able to take initiatives, such as arranging film projections, handing out MP3s, organising cultural outings with the help of the French Embassy, etc.