The Go are pieces of a mosaic that ultimately depicts a picture, and a collective destiny.

In Abidjan, the Go from the ghetto borrow a chaotic way between delinquency and paid sex, they flee family brutality. Very young, mostly muslim, illitrerate, they are ready to face dishonour and death just to gain a little freedom they were deprived since their youngest age ; as they are ready to overturn their life for a new destiny, a social project la Casa des Go. New challenges arise, who is going to win ?

I choosed a half silent narative to restaure to those bannished girls their humanity. The outsider’s gaze sees them only as « cursed, screaming, violent ». Far a from-ready made thinking of prostitution, I get near their own breakaway, their own ability to dream, their momentary fragility between submission and freedom.

To be proud of 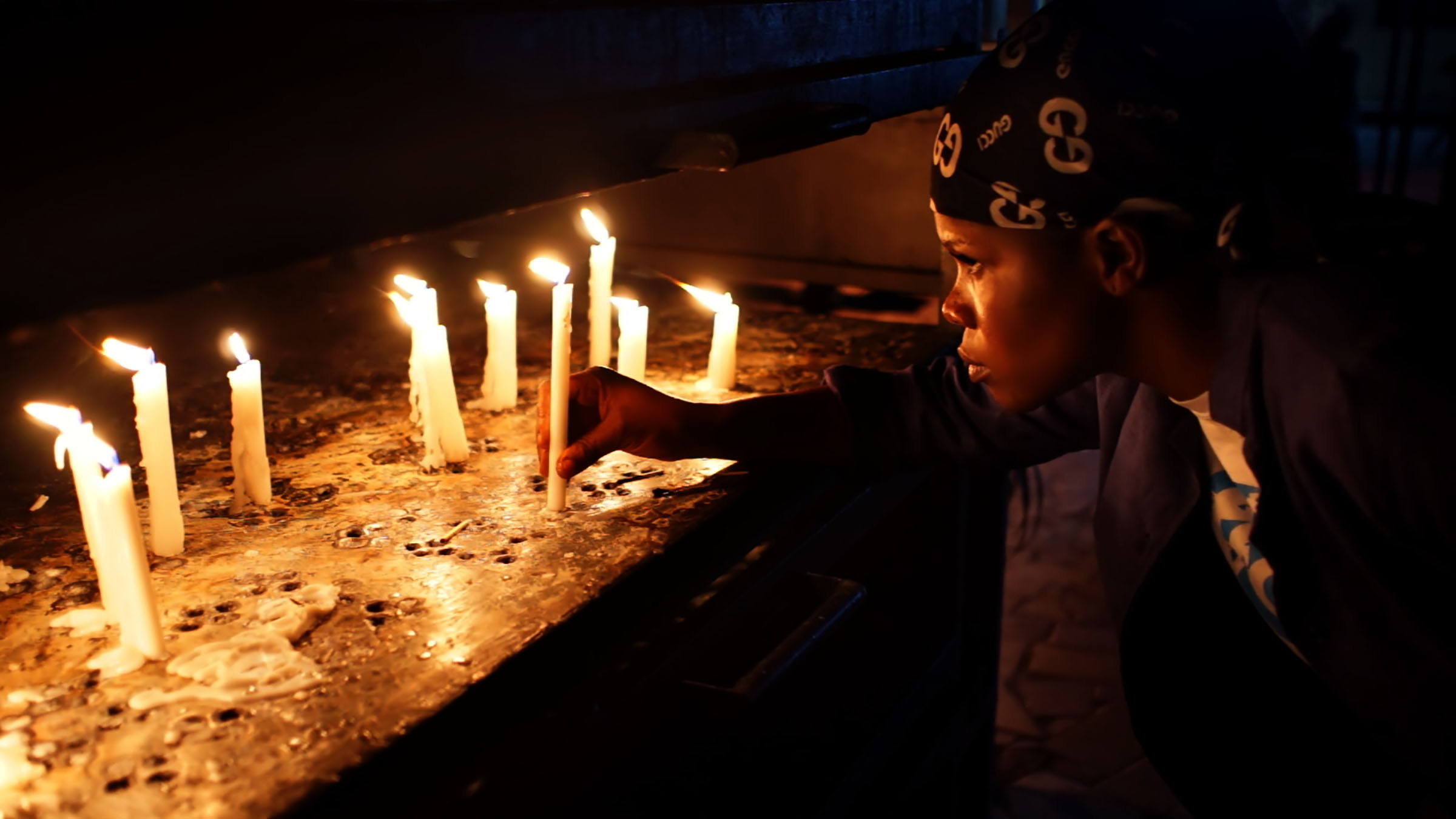 In 2009 and 2010, I worked and photographed the ‘freshnies’ (young girls) in the ghettos. The portraits became a link between myself and them. When I saw the Go send my prints to their families, who know nothing of their activities, I realised that through my portraits they rediscovered a light they’d believed to be socially extinguished. These young girls, who go into prostitution when barely pubescent, led me to create an image dedicated to their beauty, their dignity and their bodie wich is submitted to shame. This image transfers the disgrace onto others. They feel proud.

Throughout this journey, I tried to give the girls back this undecidable part, characteristic of all humans that are deprived by social opinion, for being ‘bad poor’, and because they ‘deserve it’. Their ‘nature’ irremediably destins them to a life of dirtiness, lies, theft, unpredictability, vulgarity, misfortune.

However, I don’t give in to the victim narrative. The Go transgress collective values with violence and show their willingness to take charge of their own lives outside the social powers that assign them an inferior nature and destiny.

Image and sound of interiority

The image of the intimate

The young girls offered me silence in their intimacy, a precious gift. Having photographed them for two years on the prostitution sites, I know that silence, carrier of sweetness and life, is rare. A sign of confidence, it’s the narrative and interior expression of the person who suffers and resists. This way of filling the image satisfied my eyes.

I watched the Go put their make-up on, allude to Allah, wait, breastfeed, sleep, wash, sing… Without a beginning or an end. One scene per girl, sometimes two, no more. The frame highlights “the mysterious beauty accidentally put in by human life” [Baudelaire].

The intimacy of the Go takes its dimension over time, reinvented in depth, in which time becomes event, to quote Epstein. Subtly, their situation becomes clearer: their place, on the lowest rank of prostitution, the non-places which they occupy, the moral rejection that makes them outcasts, damned.

Against the “Direct Cinema” style, synchronous sound and narration for this film, I chose a system that allows me to abandon the realism of appearances to find a truth at the borders of language and material.

The sound of interiority

During filming, I was always alone with my small stills/video camera, indifferent to the sound it was recording. The extreme noises of the unstable neighbourhoods blurred my perception. When a young girl opens up to me in her fragility, almost without words, I want to understand her eyes, her gestures, her dress: understand what I am seeing. I wanted to get rid of synchronous sound.

Eric Thomas, who composed the music, went twice in Abidjan. He recorded the actresses after they had watched and listened to their scenes. They reproduced exactely what they’d said. He also recorded isolated sounds that belong to the lives of the city’s women and atmospheric sounds. 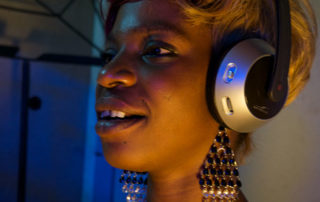 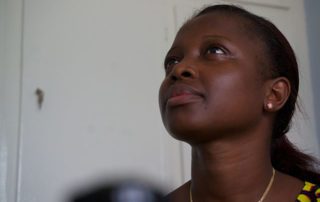 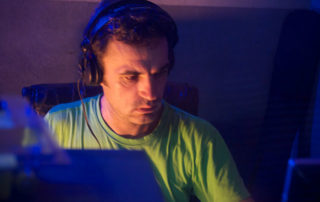 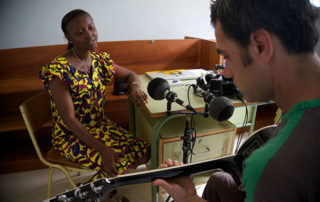 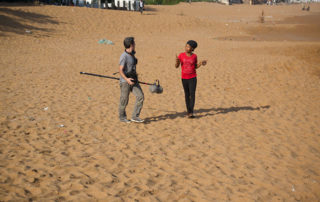 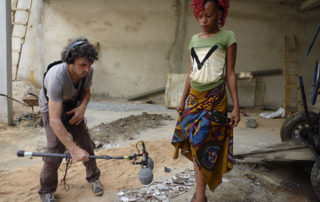 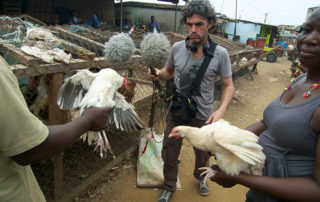 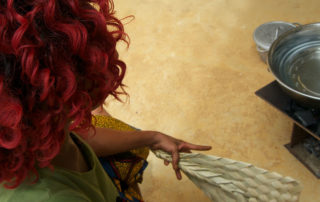 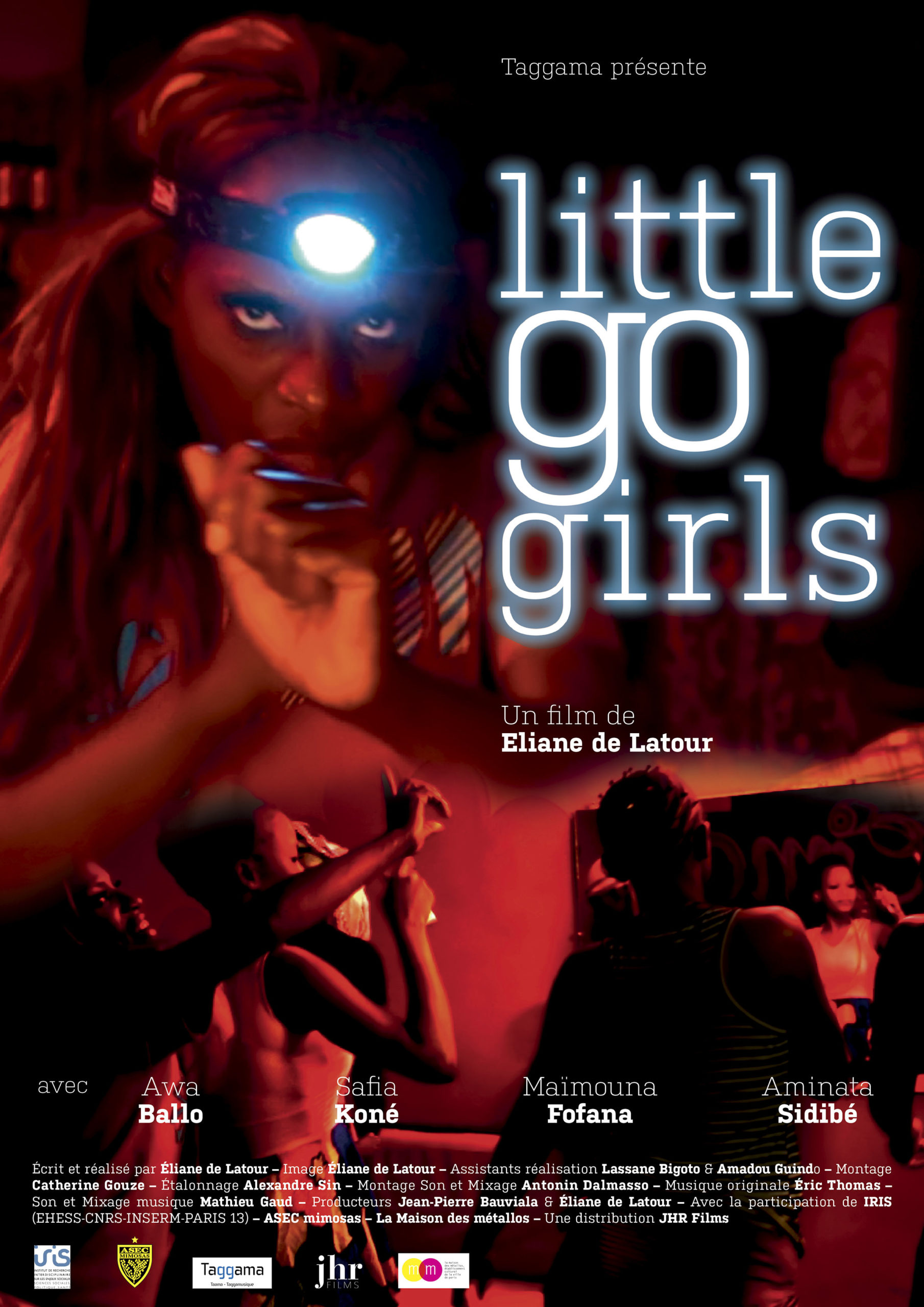 « The gestures resemble a choreographed ballet. We enter their lives, without any voyeurism. »

« Little hookers filmed as though they were the queens of legends. These sumptuous images are a sign, from one human being to another. »

« The best that committed cinema has to offer.  »

« It is colourful, warm and moving. »

« A radiant journey through the depths of darkness. »

« A painful manifesto for freedom. »

« A long visual poem, focused on silent faces and bodies. » 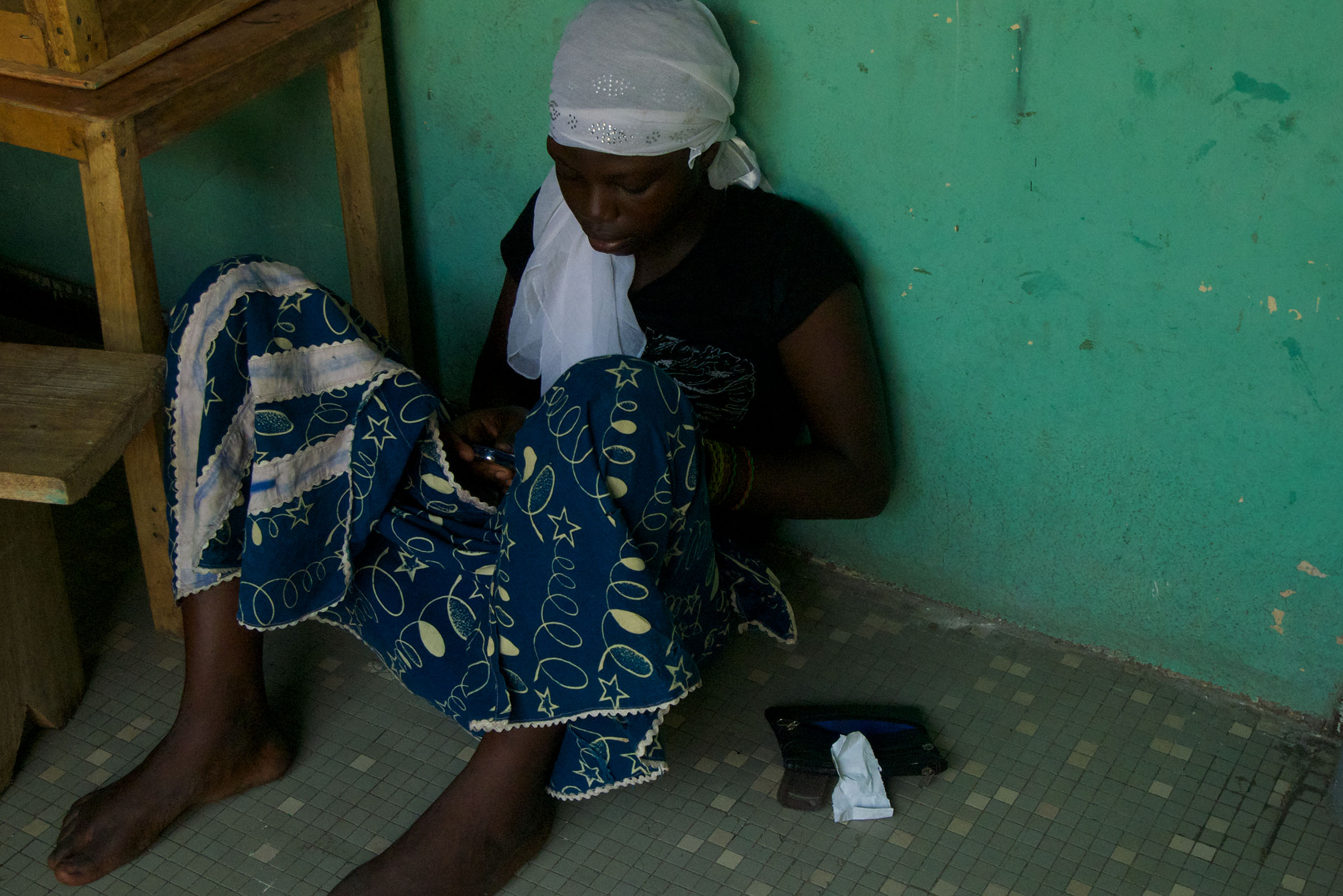 In the Casa, although they’ve been provided for, the Go have abandoned their tasks to young girls who, like them at the same age, don’t go to school. The right of anteriority, which they themselves experienced, normalises the subjection of the youngest girls: each new generation must serve the elders.

The TV-films, adverts, music videos etc. celebrate rich individuals and supply Western models. The mistress of a house shows her social standing by swaggering around in her Confort furniture, while her young servants -relatives or accomplices- further establish their inferiority. A distanciation that’s hardly appropriate, between masters and dependents in the local models.

While individuality is praised, it is difficult to fit it into social rights, and, with widespread corruption, there is an exponential growth on types of servitude and clientelism.

Access to politics becomes inextricable, the construction of the individual occurs through the fortune in both senses. Money and magic power become the standard for the personnal value. The notion of citizenship is struggling to happen. The candidates of the “wild world” mix different sources of legitimisation, “customary”, utilitarian, neo-liberal, religious. In these impoverished places, there is a tendency to break the link and to close the door on those who are just behind. More time is needed in order for the fear to dissipate. It would be naive to believe that obtaining “a better standing makes a better person”. 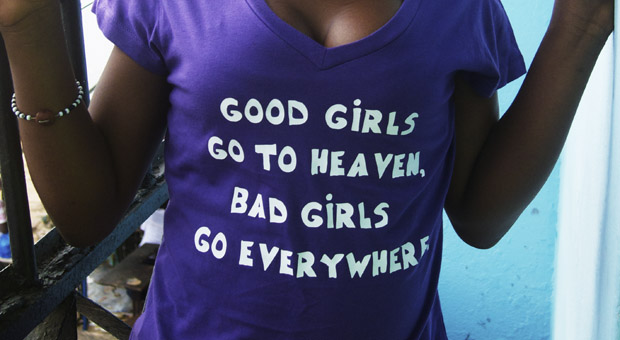 « These beautiful and powerful characters light up this fascinating and aesthetically-refined documentary of few words, which will leave no audience unaffected. The best that committed cinema has to offer. »

« A film that is like a long visual poem, focused on silent faces and bodies. They display themselves without revealing themselves; they reveal themselves by displaying themselves. »

« The colours shine in the shadows; Eric Thomas’s score is superb. A radiant journey through the depths of darkness. »

« Anthropologist Eliane de Latour’s excellent work in documentaries, texts, photos, and films derives from her prevailing interest in what is human. She now slightly fictionalizes her subjects and this is the case in Little Go Girls. It is colourful, warm and moving. »

«Anthropologist and photographer Eliane de Latour takes the fate of a handful of girls from the ghetto in Abidjan, between sex work and an almost impossible quest for independence, and creates a painful manifesto for freedom. »